So it’s that time of year again.  Devised by Cathy at 746Books the aim is to read 20 books between 1 June and 1 September. I  have taken part for the last five years. I think I’ve only made it once!

You can read about the challenge on Cathy’s excellent blog here.

Because I’m a mood reader I can virtually guarantee that whatever books I selected would no doubt end up still being unread at the end of the 3 months. If I feel like I have to read a book I invariably don’t want to read it at that time. Contrary, me?

So this year I’m reverting back to playing fast and loose with the guidelines. Not that the guidelines are set in stone in any event.

I’ve chosen five books I’d ideally read. A mixture of books I’ve bought and books I’ve been kindly sent for review, I’ve thrown in some shorter books in the hopes I can speed through them faster and maintain the momentum for any longer books I chose. If I start to read one and don’t fancy it at that time I’ll stop and swop. This will be the same for my fifteen “wildcards”, the books I will choose as the mood takes me.

I’ll be tracking the books I read on here and you can follow everyone who is taking part on Twitter by following #20BooksofSummer.

Here are the five I’m hoping to read:

1. The Bloater by Rosemary Tonks, sent for review by Vintage.

Min works at the BBC as an audio engineer, where she is struggling to replicate the sound of a heartbeat. At home, other matters of the heart are making a mockery of life as Min knows it.

Min has found herself the object of her lodger’s affection. An internationally renowned opera singer she’s nicknamed ‘The Bloater’, Min is disgusted and attracted to him in equal measure. But with a husband so invisible that she accidentally turns the lights off on him even when he’s still in the room, Min can’t quite bring herself to silence The Bloater’s overtures.

2. The Atom Station by Halldor Laxness, sent for review by Vintage. 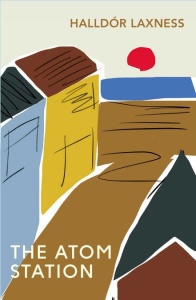 When the Americans make an offer to buy land in Iceland to build a NATO airbase after the Second World War, a storm of protest is provoked throughout the country. Narrated by a country girl from the north, the novel follows her experiences after she takes up employment as a maid in the house of her Member of Parliament. Her observations and experiences expose the bourgeois society of the south as rootless and shallow and in stark contrast to the age-old culture of the solid and less fanciful north.

3. We Have Always Lived in the Castle by Shirley Jackson, own copy.

Living in the Blackwood family home with only her sister Constance and her Uncle Julian for company, Merricat just wants to preserve their delicate way of life. But ever since Constance was acquitted of murdering the rest of the family, the world isn’t leaving the Blackwoods alone. And when Cousin Charles arrives, armed with overtures of friendship and a desperate need to get into the safe, Merricat must do everything in her power to protect the remaining family.

4. Conversations on Love by Natasha Lunn, sent for review by Penguin. 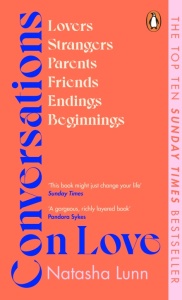 After years of feeling that love was always out of reach, journalist Natasha Lunn set out to understand how relationships work and evolve over a lifetime. She turned to authors and experts to learn about their experiences, as well as drawing on her own, asking:How do we find love? How do we sustain it? And how do we survive when we lose it?

In Conversations on Loveshe began to find the answers:

5. Duckling by Eve Ainsworth, sent for review by Penguin. 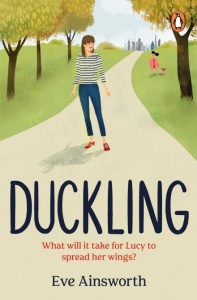 Lucy’s life is small, but safe. She’s got a good routine. But all that’s about to change…

When Lucy’s neighbour asks her to look after her little girl for a couple of hours – and then doesn’t come back – Lucy is suddenly responsible for someone other than herself.

It takes courage to let the outside world in, and Lucy’s about to learn there’s much more to life – but only if she’s brave enough to spread her wings…

The Wildcard titles are.

1. The Goldhanger Dog by Wanda Whitely 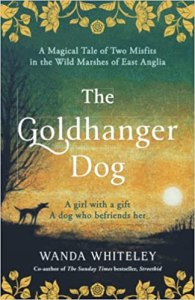 1553. Goldhanger, a tiny fishing village on the Blackwater marshes. Fifteen-year-old Dela’s strange bond with animals has her branded a witch by the locals. Running for her life, with only a rescued dog for a friend, Dela manages to find sanctuary at the palace of Princess Mary. These are dangerous times, with the boy-king Edward on his deathbed and the succession uncertain. Traumatised at first, in an alien world of spies and courtiers, Dela is befriended by a trio of acrobats and players. But when she is drawn to one of them, Fitz, she discovers he holds a terrible secret that promises to tear her fragile world apart.

2. Perfect, Stories of the Impossible by Sally Emerson 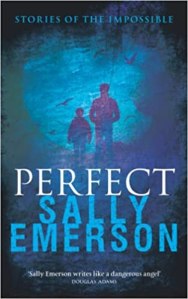 In this wondrous collection of short stories, bestselling
author Sally Emerson introduces the eerie and supernatural into her keen-eyed portraits of everyday
life. A clerk working in a public register office begins
to receive death certificates dated in the future, but
can she alter fate and save their victims? A woman
unable to have children discovers a way of cloning her husband, but is their cloned son destined to repeat the mistakes of his father? A suburban mother is prescribed a health supplement with rather amorous side-effects; can she resist its sway and keep her hands off her neighbours?

Emerson’s beguiling tales of quotidian life invaded by forces beyond our control are both uncanny and charming, and ultimately uplifting as she celebrates
reality and unreality in its many forms. Fantastical, humorous and unfailingly honest in its depiction of humanity, Perfect will stay with the reader long after
they leave the magic of its pages.

EVERYBODY THINKS THEY KNOW MINA McCREERY.
EVERYONE HAS A THEORY ON WHAT HAPPENED TO HER SISTER.
NOW IT’S TIME TO FIND OUT THE TRUTH…

Mina McCreery’s sister Evelyn disappeared nineteen years ago. Her life has been defined by the intense public interest in the case. Now an anxious and reclusive adult, she lives alone on her family’s destocked sheep farm.

When Lane, a private investigator, approaches her with an offer to reinvestigate the case, she rejects him. The attention has had nothing but negative consequences for her and her family, and never brought them closer to an answer.

Lane wins her trust when his unconventional methods show promise, but he has his own motivations for wanting to solve the case, and his obsession with the answer will ultimately risk both their lives.

4. Isaac and the Egg by Bobby Palmer

A young man walks into the woods on the worst morning of his life and finds something there that will change everything.

It’s a tale that might seem familiar. But how it speaks to you will depend on how you’ve lived until now.

Sometimes, to get out of the woods, you have to go into them. Isaac and the Egg is one of the most hopeful, honest and wildly imaginative novels you will ever read.

Are you joining in with the 20 Books of Summer challenge? Do let me know what you plan on reading.