Nancy Peach’s novel, Love Life, was published by One More Chapter on 9 December 2021.

Nancy kindly answered a few of my questions.

1. Tell us a little about Love Life.

Love Life is a modern-day Pride and Prejudice themed rom-com set in a hospice. It features Tess, a junior doctor with a patchy track record in relationships, and Edward, the son of one of Tess’s patients. The book also features Tess’s two internal narrators; the angel on her shoulder is none other than Jane Austen, while the scathing critic is a daytime television host who loves to highlight Tess’s inadequacies. Love Life is marketed as a romantic comedy and sits somewhere between commercial women’s fiction, book club fiction, up-lit and romance.

During my career working as an NHS doctor and for a cancer charity I have spent a lot of time with terminally ill patients, and it never fails to surprise me that the subject of death and dying remains taboo in our society, despite it being something that happens to us all. I wanted to bring the conversation about end-of-life care into the arena of commercial fiction and what better way to do that than to set a love story in a hospice?! I think the setting provides the perfect backdrop – hospice are places where close human relationships and powerful emotions are evident in abundance. They are also places of great warmth, humour, and ultimately love.

In addition I like a bit of dark medic humour and I adore Jane Austen. I wanted to write something light and jolly to balance the deeper emotional themes, the aim being to tackle difficult subjects with a gentle touch.

I’m a bit of both, but probably more of a planner than a free spirit. The beauty of writing romance is that the basic skeleton of the story is there for you; two people meet and experience some sort of connection or chemistry; they overcome the conflict and barriers that you as the author have put in their place; there are the inevitable ‘will they, won’t they’ moments and finally they end up living happily ever after (I hadn’t realised that an HEA is compulsory in romance fiction. It’s betrayal of the highest order to even countenance a tragic ending, unless you’re a megastar author who knows their readership will forgive them – e.g. Jojo Moyes / William Shakespeare). I like to have a structure plotted out before I start filling in the blanks, although sometimes chapters will take you in a different direction and you may end up making retrospective changes. I don’t mind editing large chunks of the plot, but I removing whole character threads is hard and I’ve found that if your plan goes awry (or if indeed you had no plan at all) you are far more likely to have to kill your darlings.

The peaks and troughs. There are vast periods of waiting, and waiting, and waiting for something to happen, feeling as though the publishing world has forgotten you entirely, and then an enormous flurry of exciting activity occurs over the space of a few days. It’s very bizarre. In the early stages of Love Life there was a week when I was informed of a competition win, had an offer of a three-book publishing deal, and had a full manuscript request from the Bookseller’s agent of the year. Everything fizzled out (I turned down the deal thereby withdrawing myself from the competition and the super-agent took five months to tell me she didn’t want to proceed) and I had a year of agonising tumbleweed silence before the next crazy episode when I was longlisted for a comedy writing prize and approached by three agents offering representation within a few days of each other. It’s the same with the publishing process once you’re signed up – nothing happens for ages and then you get your cover, the completed blurb and a notification that your book is up on Amazon ready for pre-orders all on the same day! The highs definitely make up for the lows, but it might be better for my blood pressure if things were a little calmer.

The truth is that writing is my ‘relaxing and getting away from it all’. My day job is pretty stressful, so the escapism of both reading and writing fiction is the perfect antidote.

That’s really hard because you need different books for different situations, but Pride and Prejudice and The Book Thief would have to be somewhere in my top five.

It’s not so much a question I wish I’d been asked, but more a subject I feel should be discussed – something along the lines of:

‘Now you’re a published author are you going to give up the day job?’

Friends and family ask this all the time, but those in publishing know better than to even suggest writing as a full-time career option for most debut authors, and I think it’s something that the industry needs to be more open about. Emerging writers are constantly being told to follow their dreams, to never give up – and I agree with the sentiment – but people need the facts before they can set appropriate goals for themselves, otherwise they’re being set up for a fall. The ultimate question for emerging writers is ‘do you enjoy writing’ and if the answer is yes, then carry on doing it, irrespective of whether you get an agent, or a publishing deal, or end up striding the literary world like a colossus with your Booker prize and your mega-bucks Hollywood adaptation. It’s like football – for every premiership player earning millions there are thousands of others who play in minor leagues for a very modest wage, and hundreds of thousands more who play at a club level for free, just because they love it 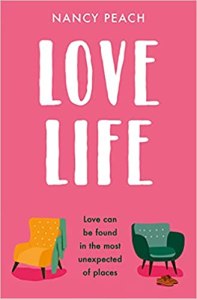 Dr Tess Carter is no starry-eyed heroine. After all, if your dad left without a backward glance you wouldn’t believe in romance either. And the voices in Tess’s head – you know, the ones that tell you you’re not good enough, not pretty enough, not clever enough – well, these voices are very loud. Very loud indeed. Especially when the disagreeable son of one of her patients starts challenging her every decision.

Edward Russell might have a big job and a posh voice, but Tess is determined not to let him get to her. And Edward, it turns out, may be less of a grump than he first appears…

In the real world, where gentlemanlike manners and out-of-the-blue declarations of love are a story-book fantasy, it’s up to Tess to decide whose voice to listen to … and how to make her own heard.