Flight of the Shearwater by Alan Jones was published in ebook on 7 October 2021. It follows on from The Gathering Storm, the first book in The Sturmtaucher trilogy.

Today I have an extract from the book to share with you.

To set the scene, it is April, 1941. The Kästner family are a prominent military family. The Nussbaums are employed by them as domestic services, the second generation of their family to do so, but they are Jews. The two families are close, but cracks are appearing as the Nazi’s crackdown on Jews intensifies.

‘Frau Kästner,’ the man said, smiling. He showed Maria his identification. She swallowed, but her mouth was dry, and she felt her heart thud in her chest.

‘Gestapo is fine,’ he said. ‘Everyone calls us that, even ourselves.’ He smiled, but Maria noticed that his eyes were cold and dark.

‘What can I do for you?’ she asked, her voice flat.

‘Your staff. The Nussbaums. I need to see them. They’re not in their cottage.’

‘No. They’re both working this morning. Miriam is in the kitchen. Yosef will be in the basement or in the garden. Do you want me to fetch him?’

‘Yes, please. Is there somewhere I can talk with them?’

‘Of course. Come in. Miriam is through here.’

She led the man into the kitchen. Miriam turned from the table, where she was kneading a ball of dough. She gave her employer a polite smile. Maria Kästner met her gaze for a brief second then looked away.

‘This is Heinrich Güllich, Miriam, from the Gestapo,’ she said. ‘He wishes to speak with you and Yosef.’

The housekeeper’s face paled as the Gestapo man stepped out from behind Maria but, when she spoke, she surprised her employer with the steel in her voice.

‘I know who he is,’ she said. ‘He has interviewed us before.’

‘Indeed, I have, Frau Kästner,’ the Gestapo man said.

‘I’ll fetch Yosef,’ Maria said, not able to look at Miriam, leaving her employee with the Gestapo man.

‘So, Frau Nussbaum,’ Heinrich Güllich said, smiling, ‘You are a busy woman.’

‘Yes. It’s a large house to look after.’

‘And I suppose the General and Frau Kästner entertain a lot?’

‘Not so much as they used to but, yes, from time to time.’

‘I’m told that you are indispensable to the Kästners. I mean, you seem to live a charmed existence, you and your husband.’

Footsteps sounded in the hallway and Yosef entered.

Yosef came through the door, looked anxiously at the Gestapo man then walked over to Miriam. He put his arm around her shoulders.

‘How touching,’ the Gestapo man said.

‘You misunderstand the nature of my call. I’m just here to confirm that you are both adhering to your conditions of release.’

‘We go nowhere outside the confines of the Kästner property,’ Miriam said.

‘Excellent. It’s all I came for. Call it a spot check if you like.’

He turned towards Maria Kästner, who stood at the doorway, neither in nor out.

‘Frau Kästner, I’ll get out of your hair now. The General will be home soon, I suppose, and you will want the dinner to be ready.’

‘Yes. Miriam has it all in hand though. Can I offer you a cup of coffee?’

‘Thanks, but I must go. Criminals don’t catch themselves, you know.’

‘I’ll show you out,’ Maria said, relieved that her offer had been turned down.

She walked into the hallway and waited for him to pass. He followed her out.

As he passed through the kitchen doorway, he turned. Miriam saw a faint smile at the corner of his mouth.

‘Your children. I was over at the cottage, and no one answered the door. And I don’t see them here. Are they also on the Kästner property?’

Miriam saw Yosef freeze. She willed him to say nothing. When she spoke, she marvelled at how level her voice was.

‘Yes,’ she said. ‘They are in the cottage. They were told not to answer the door. One never knows what kind of person they’d find if they opened it.’

Miriam could feel Yosef stiffen with her lie.

‘Ah. Very wise. These are dangerous times. You can never be sure that your children are safe.’

He turned again, leaving the kitchen. Maria Kästner followed him. Yosef and Miriam didn’t move until they heard the front door close. Miriam looked through the window to the cottage, fearful that the Gestapo man would investigate the truth of her statement, but they heard a car crunch out of the driveway and accelerate towards Kiel.

Maria Kästner came back into the kitchen. She couldn’t hide the anger on her face.

‘This is really the limit, Yosef, Miriam. To have that man come into my house. If the General won’t say it, I will. You and your family will have to find somewhere else to go.’

‘I understand, Frau Kästner. We are trying every avenue to find a way out for us and the children.’

‘Well, I’m going to have a word with the General when he comes home. If he won’t do anything, I will.’

She turned and stormed out of the room.

‘There, Miriam. You must understand, it’s difficult for her.’

Miriam said nothing. She dusted off her apron and placed the dough in the warming oven to prove. 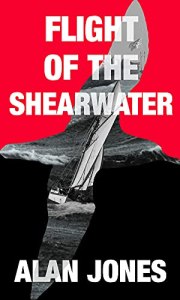 With Poland divided between Hitler’s Germany and Stalin’s Union of Soviet Republics, the increasingly confident Third Reich flexes its military muscles northwards into Denmark and Norway, while the rest of Europe watches anxiously over its shoulders.

General Erich Kästner, in his key role in the Abwehr, is fast becoming aware of the mass expulsion of Jews and other minority groups from Germany and from northern Poland, to the new ghettos of the Generalgouverment area of southern Poland, and has an inkling of what the National Socialists’ have in mind for Europe’s Jews.

As Holland and Belgium fall, and the British are routed at Dunkirk, barely escaping across the channel, the seemingly impregnable France collapses under the Wehrmacht Blitzkrieg, sealing the fate of millions of Jews, now trapped under Hitler’s rule.

The Nussbaums, thwarted in their attempts to escape to Denmark, desperately seek other routes out of Germany but, one by one, they are closed off, and they realise they have left it all too late…