A Numbers Game by R J Dark was published by Wavesback on 4 June 2021.

I heard him coming before I saw him. Kyle, or Ronaldo, went outside and gave some signal, then the whine of an electric motor heralded Trolley Mick’s arrival.

In the eighties and nineties, Trolley Mick had ruled Blades Edge; everyone had been terrified of him. When I was at school, he was the bogeyman used to ensure good behaviour: ‘Trolley Mick’ll come for you.’

‘Janine Stanbeck, Trolley Mick and his two soft lads have all been to visit you in one day,’ said DI Smith. ‘That’s a very busy day for you, isn’t it? What’s happening, Malachite? Not gone back to shoplifting, have you? Supplying them with some cheap meat, are you? Or are you running your little con jobs again? Cos if you’ve slipped back into drugs, I’ll be very let down – we had a lot of fun when I was a constable, but let’s not go through it again, right?’

‘They had questions for the spirits, that’s all.’ I tried to get loose from her grip but she wasn’t having that. ‘How do you know who comes into my office?’

‘I know everything that happens on the Edge.’ She looked up into my face and pointed at me with an exquisitely manicured, bright-red nail. 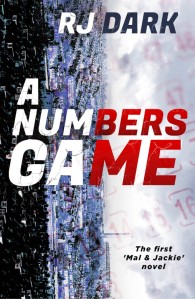 One dead man and a missing lottery ticket. Two family members who need that money to get away from the rundown Blades Edge estate. Three local gangsters who want that money for themselves. Meet Malachite Jones – the foremost (and only) psychic medium on the gritty Blades Edge estate. All he wants are two things: a name that isn’t ‘Malachite’, and a quiet life. And maybe some real psychic powers, but he’s making a living without them. Janine Stanbeck wants to find her dead husband Larry’s winning ticket and escape Blades Edge with her son. And she thinks Mal can help her. But Larry’s dad is the crime lord of the estate, and he wants that ticket for himself, and worse for Mal, he’s not the only criminal with his eyes on it. Add in two coppers desperate to nick Mal’s best, only, and admittedly quite dangerous, friend, Jackie Singh Kattar, and Blades Edge is getting pretty crowded. Malachite Jones might not really be able to talk to the dead, but if he and his friend Jackie Singh Kattar can’t find that money and a solution that pleases everyone they’re likely to be in need of a psychic medium themselves. The first Mal Jones and Jackie Singh Kattar adventure: a chaotic rollercoaster ride through a Yorkshire landscape full of double crossing friends, dogged police, psychotic gangster and voices from the other side. 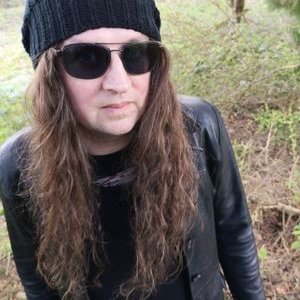 Spending his youth as an underground musician and occasional club promoter, he then moved on to stints as an advertising copywriter, trainer, playwright, music reviewer, amateur historian, TV cameraman, anarchist, contrarian, engineer and fraud investigator. After a long battle with chronic illness, RJ finally settled on a career in writing. He lives in a crumbling ancient mansion somewhere in Yorkshire and is surrounded by books, music, animals and his family.