It’s that time of year. The temperature has dropped and the nights have definitely drawn in and in fact will start drawing out again soon. I for one hope the snow won’t lay round about but I don’t mind a fictional snow drift. In fact, there’s something special about a book set in flurries of the white stuff. Throw in a murder and it’s that special something that makes the story both cosy and sinister at the same time.

Having recently immersed myself in a snowbound book I thought I’d take a look and see what other murderous novels are set around winter and have snow as part of the tale. I asked over on Twitter and received an avalanche of suggestions. So pop on some thick socks, wrap up with a cosy scarf, have the steaming mug of hot chocolate ready and curl up in the warmth with some of these frozen delights. 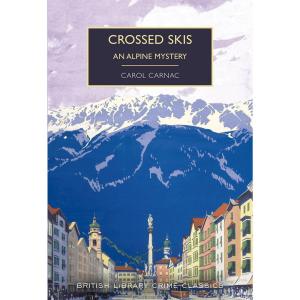 The one that sparked the idea for the post was Crossed Skis by Carol Carnac. What is the link between a murder in foggy London and a ski party in Austria? You’ll have to read it to find out. You can read what I thought about the book here. Ski-ing is of course synonymous with snow. Other books that feature those long pointy things strapped to feet and people throwing themselves down mountains are Shiver by Allie Reynolds, Death Goes on Skis by Nancy Spain , Dead Men Don’t Ski by Patricia Moyes, Die Cold by Graham Smith, Antonio Manzini’s Black Run and The Chalet by Catherine Cooper. 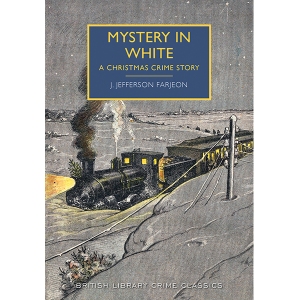 The British Library Crime Classics series, of which Crossed Skis is but one of many delights, has a whole host of novels set around snow. There’s The Christmas Egg by Mary Kelly, Mystery in White by J Jefferson Farjeon and Portrait of a Murderer by Anne Meredith to name but a few.

The latter two are country house murder mysteries. I don’t know about you but Christmas isn’t Christmas without a large country residence, family members gathered together, tensions brewing, secrets festering and dead body or two. Other such books include Another Christmas Murder by Laura Nichol Morgan, Murder at the Old Vicarage by Jill McGowan, Crime at Christmas by C.H.B. Kitchen, Murder for Christmas by Francis Duncan, A Christmas Party  and Footsteps in the Dark, both by Georgette Heyer, Death and the Dancing Footman by Ngaio Marsh, An English Murder by Cyril Hare, Agatha Christies’ Hercule Poirot’s Christmas, Murder in the Snow by Gladys Mitchell, Murder Most Festive by Ada Moncrieff and Snow by John Banville.

Of course, one of the most famous novels to encounter heavy snow is Murder on the Orient Express. The machinations of a murder are unstuck when the world famous train becomes stranded in the snow and Hercule Poirot faces one of his most challenging cases.

We’ve all heard the joke about avoiding yellow snow, but what about Red Snow? Well don’t avoid Will Dean’s Red Snow or indeed any of his Tuva Moodyson novels; Dark Pines and Black River, set in the forests of Sweden and featuring deaf journalist Tuva investigating dark deeds and closely guarded secrets.

More series that are set in tundras, winter wonderlands and other snowbound country are the Dark Iceland and Hidden Iceland series by Ragnar Jonasson including Snowblind, Nightblind, Rupture, Winterkill,  The Darkness and The Mist. Dana Stabenow’s series features PI Kate Shugak and starts with A Cold Day for Murder. You could also try the books of Jo Nesbo, including The Snowman or Sue Henry’s series starting with Murder on the Iditarod Trail. There is the James Thompson series set in Helsinki, including Snow Angels, the futurisic Eldísvík trilogy by Jan Turk Petrie, starting with Until the Ice Cracks and Arnaldur Indridason’s series set in Iceland including Silence of the Grave. 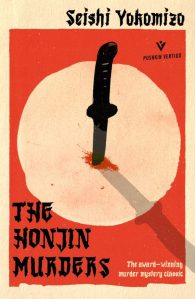 You can travel to Japan in The Honjin Murders by Seishi Yokomizo or to Denmark with Peter Hoeg’s Miss Smilla’s Feeling for Snow or Canada with The Tenderness of Wolves by Stef Penney.

Invited on a winter holiday? You may want to think again after reading The Sanitorium by Sarah Pearse, One by One by Ruth Ware and The Hunting Party by Lucy Foley.

There are a whole host of other novels set in frozen lands and snowed in destinations to see you through a whole season’s worth of snowfall including Forty Words for Sorry by Giles Blunt, The Ice Beneath Her by Camilla Grebe, Sun Storm by Åsa Larsson, The Katharina Code by Jorn Lier Horst, The Frozen Dead by Bernard Minier, Unquiet Soul by Liz Mistry, Three Hours by Rosamund Lupton, Where the Snow Bleeds by Wendy Dranfield , The Christmas Killer by Alex Pine, The Snow Witch by Matt Wingett, Feral Snow by Mark Lowes and Murder in the Snow by Verity Bright.

Do you have any snowbound favourites? Are there any not included here? Do let me know.