Autumn Leaves at Mill Grange by Jenny Kane was published by Aria Fiction on 10 September 2020.

Bert fluttered his grey eyelashes as he helped Tina carry a large cardboard box full of tea, coffee, milk and biscuits from her car into Mill Grange’s kitchen. ‘I love Mabel to pieces, but she is driving me mad.’

Tina laughed. ‘But it’s only been two months since the restoration project came to an end. Doesn’t Mabel have heaps of committee work to do? She runs every social club this side of Exmoor.’

As he placed the box on the oak table that dominated the manor’s kitchen, Bert’s eyes lost their usual optimistic shine. ‘Since Mill Grange was sold Mabel’s been so aimless. She led the volunteer restorers here for over five years and now that’s over…’

‘Mabel doesn’t mind Sam owning this place does she?’

‘Not for a minute. For a little while it was all she could talk about. She’s that proud of your young man for buying the very thing that frightens him. For taking his fear of being inside by the scruff of the neck and buying a house to be enjoyed by other people.’

Tina put her box of groceries on the side and laid a hand on Bert’s shoulder. ‘I’ll talk to Sam. There must be something Mabel could do around here.’ She played with her pigtails as she thought. ‘I’m not sure we can afford to pay her yet though.’

‘You wouldn’t have to. Making her feel part of the team again is all I’m asking for.’ Bert’s smile returned to his eyes. ‘How’s it going here anyway? Sam getting into the house at all, or is he still overseeing things from that screen thing outside?’

‘He hasn’t been inside the manor since he bought it.’ Tina focused her attention on emptying the boxes of biscuits ready for Mill Grange’s first visitors, hiding her face from Bert so he wouldn’t see her concern. ‘Sam’s first move as Mill Grange’s owner and manager was to get proper Wi-Fi hubs installed. The Skype video link on his tablet is a godsend, but…’

Bert nodded. ‘But his claustrophobia won’t quite let him get past the fact that, should he come inside the roof will collapse on his head, even though he knows the house has been standing since 1856 without anything more serious than a spot of damp.’

‘I thought we were getting somewhere.’ Tina waved the kettle in the pensioner’s direction.

Accepting the unspoken offer of a cup of tea, Bert headed to the fridge for milk. ‘He’s made a start, Tina love. He’s been inside. Sam’s even purchased a home.’

‘But he sleeps in a tent in the garden.’ Tina shivered. ‘We both do. And while we’re lucky to be enjoying a late burst of summer sunshine, it’s the 1st of September. We won’t be able to ignore the fact that autumn is around the corner for much longer. I’m not sure I can take camping in the winter, but if I sleep inside without Sam, I’ll be letting him down.’ 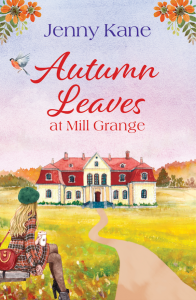 Sam Philips’ time in the forces changed him forever. Supported by his friends, Sam is keen to help make beautiful Mill Grange a safe retreat for injured army personnel… but his crippling claustrophobia means Sam is living in a tent on the grounds! Enlisting the help of charming village stalwarts Bert and Mabel Hastings, Tina Martins is determined to find a way to help him conquer his fears. But why does she feel like he is keeping a secret?

After discovering evidence of a Roman fortlet on the manor’s grounds, Thea Thomas is thrilled at the chance to return to her archaeological roots and lead the excavation. She spent the summer with handsome celebrity archaeologist Shaun Cowlson – but now he’s off filming his Landscape Treasures show in Cornwall, and Thea can’t help but miss his company. Especially as someone else is vying for his attention… 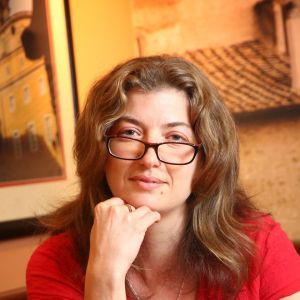 Jenny Kane is the bestselling author of several romantic fiction series. Her first novel, Another Cup of Coffee (Accent Press), was a Kindle bestseller. The final novel in this series, Another Glass of Champagne, was released in June 2016. Jenny Kane’s Cornish romance, A Cornish Escape, hit No.1 in the Amazon Romance, Contemporary Fiction, and Women’s Fiction charts, and was followed by a sequel, Abi’s Neighbour, Jenny’s seventh novel.