The starter book this month is What I loved by Siri Hustvedt, in which art historian Leo Hertzberg buys an painting by an unknown artist, Bill Weschler. The story tells of the life long friendship of the two men and of their sons who took very different paths in life.

A painting is also the catalyst in The Goldfinch by Donna Tartt. Theo Decker life is shaped by a small painting that draws him into the criminal underworld. 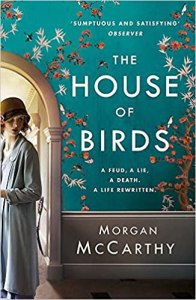 In The House of Birds by Morgan McCarthy Oliver finds old letters from Sophia Louis in the house his girlfriend Katie has inherited. His search for more information about Sophia shapes the future of the old house, and of Oliver.

Morgan Freeman played Ellis Boyd “Red” Redding in The Shawshank Redemption, in which Andy Dufresne is jailed for the murders of his wife and her lover. Over the years the pair become friends until one day Andy escapes from Shawshank. The film is based on Stephen King’s short story Rita Hayworth and Shawshank Redemption, published as part of a collection in Different Seasons.

Ali Smith’s Winter forms part of her seasonal quartet, following on from Autumn and looks at a bleak post-truth era in the season that teaches us survival. 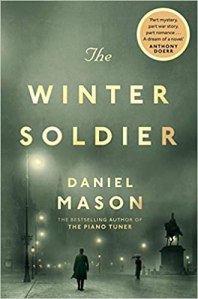 The Winter Soldier by Daniel Mason, winner of the Joyce Carol Oates Prize 2020. sees Lucius, a 22 year old medic, enlist during the First World War. Sent to a remote outpost, when an unconscious soldier is brought in from the snow, Lucius makes a decision that will change the course of his life. 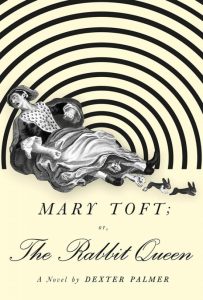 Mary Toft or The Rabbit Queen by Dexter Palmer was shortlisted for the same prize. Based on the true story of a woman reporting to have given birth to 17 rabbits in 1726, Palmer’s story sees surgeon’s apprentice Zachery Walsh and his master John Howard baffled by Mary Toft. Other surgeons descend, hoping to find fame from the case. Then King George I calls Mary and her medics to London.

So there we are, from a friendship between two men to a woman giving birth to rabbits in six faltering steps. It won’t surprise you to find out I’ve not read any of these, though I have a couple of them on my TBR. Have you read any of the books I’ve linked? Where would your six degrees go? Do let me know.