Dorothy Koomson’s novels include The Ice Cream Girls, Tell Me Your Secret, The Day You Left and the Brighton Mermaid. Her latest novel, All of My Lies Are True is published by Headline on 9 July 2020.

As you  may  know,  All My Lies Are True  is the sequel to my bestselling novel, The Ice Cream Girls. The Ice Cream Girls  is the tale of Serena and Poppy, two women who had an affair with their teacher, Marcus,  as teenagers. When Marcus is murdered, both of them are  publicly labelled The Ice Cream Girls and are  put on trial for the crime. While Poppy goes to jail, Serena walks away free. Twenty years later, Poppy is released from prison, determined  to get revenge on Serena. Serena  has spent the last  twenty  years  terrified of her husband and children  finding out  about her past, so  she is determined to keep her secret.  All My Lies Are True is set ten years after the events of The Ice Cream Girls.  All the characters have moved on and Serena’s children have grown up, but a new, unexpected threat is now hanging over all their lives. During this special All My Lies Are True tour, you will get a brief rundown of the main characters from both books and find out where this new story takes them. 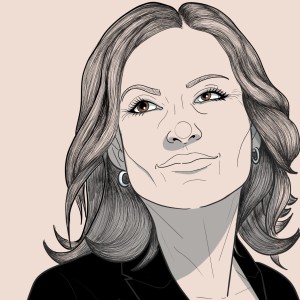 Poppy is now in her late forties. In The Ice Cream Girls, she left prison after serving twenty years for Marcus Halnsley’s murder and was determined to clear her name. She was side-tracked by a relationship with a man called Alain, who was not who he first seemed. Back on track stalking Serena, Poppy got very close to the confession she needed, but when something happened that almost sent her back to prison, she had to accept she would probably never clear her name. Instead, she decided to focus on rekindling lost relationships with her brother, Logan and sister, Bella. Ten years later, in All My Lies Are True, she is in a strange relationship with Alain, and is quite happy – until she is dragged back into the world of The Ice Cream Girls when Logan is hospitalised after a brutal attack. And at the hospital is Serena. . .

Tomorrow go to The Tiger Tales (@MsXPat) to find out about Alain, Poppy’s on-off lover

All My Lies Are True by Dorothy Koomson is out 9th July, published by Headline, priced £12.99 in hardback. 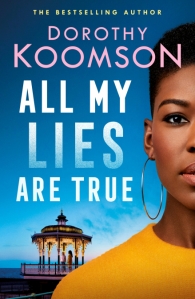 Verity is telling lies…
And that’s why she’s about to be arrested for attempted murder.

Serena has been lying for years. . .
And that may have driven her daughter, Verity, to do something unthinkable…

Poppy’s lies have come back to haunt her . . .
So will her quest for the truth hurt everyone she loves?

Everyone lies.
But whose lies are going to end in tragedy? 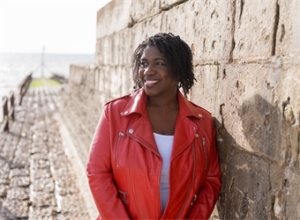 Dorothy Koomson is the award-winning author of fifteen novels including the Sunday Times bestsellers My Best Friend’s Girl, The Ice Cream Girls and Goodnight, Beautiful. Dorothy’s novels have been translated into over 30 languages, and a TV adaptation based on The Ice Cream Girls was shown on ITV1 in 2013. After briefly living in Australia, Dorothy now lives in Brighton. Tell Me Your Secret is her most recent novel.