The Never Have I Ever Club by Mary Jayne Baker was published by Aria on 18 June 2020.

The fluorescent strip lights seared into Robyn’s brain in a shade of white she’d decided to name Guantanamo Ivory.

She assumed she could thank the daytime drinking for her headache. Two glasses of wine with lunch. Not a regular habit, but she’d felt the need for some Dutch courage.

She stopped at the hand gel dispenser, squeezed out a blob and rubbed it into her skin.

Cliff Cockburn was there, the corner shop owner’s hacking cough drowning out the hum of easy-listening jazz in the background. A harassed parent cuddled a snivelling, red-faced toddler and a stack of very out-of-date literature sat untouched on the table.

Doctors’ waiting rooms. They had to be the worst places in the world, with the possible exception of airport lounges and municipal swimming pools.

There was a self-check-in machine by the receptionist’s desk. Robyn tapped in her details, then frowned as it displayed the words NO APPOINTMENT FOUND.

Swearing under her breath, she approached the desk.

‘Hi, Mrs Sykes,’ she said to the receptionist. ‘Your machine’s not finding my appointment.’

The receptionist frowned. ‘Not according to our records. It’s Dr Barnes you’ve been booked in with.’

‘What? But I was quite clear I…’ Robyn took a deep breath. ‘I’m sorry, but I’d really prefer to see Dr Kaur.’

‘Hmm. Young lad, was it? That you spoke to when you rang?’

‘Bloody Jason,’ she muttered. ‘That’s three times now he’s muddled the appointments.’ She glanced up with a conciliatory grimace. ‘I’m sorry, love. I’m training my grandson to work on reception and he’s a bit dithery. Looks like he’s put you in with the wrong doctor.’

Ugh. Was there anything in this place that worked?

‘These things happen,’ Robyn said, forcing a smile. ‘But can I please see Dr Kaur? I’d prefer to speak to a female doctor.’

‘I’m afraid she’s over at the Glen surgery in Longcliffe this afternoon. We’ve only got Doctors Sykes and Barnes here.’

‘Could I drive there?’

Mrs Sykes tapped at her keyboard and shook her head. ‘She’s fully booked for today. I could reschedule for you?’ 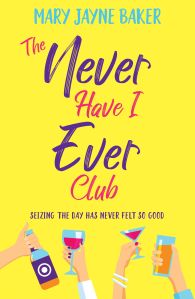 Robyn Bloom thought Ash Barnes was the love of her life – until one day he announced he was leaving her to fly halfway across the world.

Months later, Robyn is struggling to move on – but then she has a brainwave: The Never Have I Ever Club. Her handsome next-door neighbour Will helps her bring their fellow Yorkshire villagers together for some carpe-diem-inspired fun.

From burlesque dancing to Swedish massages, everyone has plenty of bucket-list activities to try, but it doesn’t take long for Robyn to realise what – or who – her heart truly desires: Will.

Make that two problems: Ash is moving home… and he wants Robyn back. 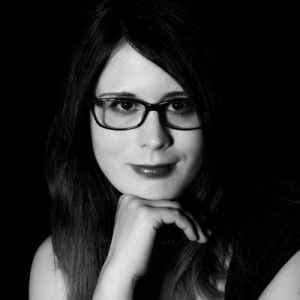 Mary Jayne Baker grew up in rural West Yorkshire, right in the heart of Brontë country… and she’s still there. After graduating from Durham University with a degree in English Literature, she dallied with living in cities including London, Nottingham and Cambridge, but eventually came back with her own romantic hero in tow to her beloved Dales, where she first started telling stories about heroines with flaws and the men who love them.