Curse the Day by Judith O’Reilly, was published by Head of Zeus on 2 April 2020.

They had rigged the game, North realised with a white-hot surge of anger. He nudged away the whisky that had appeared close by without him asking for it.

And what about the others? Klara with the seaweed hair and the diamond stud in her button nose. Way too luscious for a joint like this. The American bar had been her idea – she needed to leave a message with the bartender for her brother. Erich was ‘a good guy’ she knew ‘from way back’. A game of No Limit Texas Hold’em? Klara didn’t mind. Sure, Liebchen. No problem. Still happy to be there and it had to be four in the morning.

She gave him a thumbs up as she sucked at her petrol-blue drink through a corkscrew straw. Her long legs in the impossibly short skirt dangling, slightly apart. Everything on display. Under the harsh lights of the bar and from a distance, she looked older. Colder. Nothing like the postgrad art student she was supposed to be. She’d roped him into the game and she’d slip away on those perfect pony legs the moment he lost everything there was to lose.

What the crooks he was playing against didn’t know was that North had lost everything there was to lose three months ago. The rest? That was just money. He fished a fly out of his whisky. The fly was dead. But all God’s creatures deserved a chance of resurrection, didn’t they? Well, maybe not everyone. Not those responsible for the murder of the woman he’d loved. Members of the extra-governmental agency known as The Board. A conspiracy of the powerful that had once employed him as their agent, and an organization his lover tried and failed to expose. Over the month that , without remorse or mercy, he killed the men who’d ordered her assassination, and there was no coming back for them. Because Michael North never claimed to be the forgiving kind. Doubtless The would recover in time, but that day wasn’t today and it wouldn’t be tomorrow. He wreaked vengeance upon their heads and then caught an overnight flight to Berlin to anaesthetize himself with whisky, white powder, and cheap sex. Since then, he existed. He didn’t think and he didn’t feel. Which is how he’d washed up in a dive like this, easy pickings for the local lowlife.

So yes, he had been stupid and he deserved to lose.

‘Check,’ he said – no bet. It made sense. He had a strong hand – perhaps he was playing it cool? No one else bet either. And then – all too soon – it was on him again.

‘So, Ënglander?’ Birdie’s eyes were greedy as they peered out from among the inked-on feathers. Impatient for North to notice that the river card was the two of hearts. Impatient for him to work out that all of a sudden he had a full house – three eights and a pair of twos. They expected him to bet it all now.

As if the booze had slowed his thinking, North took a breath, looking over at the two other players. An elderly black pastor in a shabby jacket and a dog collar, and an anxious postman with jug ears.

The pastor had taken a hit tonight, but then again, maybe he’d cut out his dog collar from a washing-up-liquid bottle and he was in on it? Because now North considered the matter, why would a respectable black pastor sit down to play cards with a neo-Nazi, and why would a neo-Nazi let him? The pastor’s eyes met those of Birdie. The pastor kept his face still, but the right side of Birdie’s mouth tugged up a fraction. Not the scorn of a racist. But the complicity of a confederate.

North struggled to believe he had been so stupid. And the postman?

Beads of sweat dripped from the postman’s forehead as his skinny hand clutched at a balled-up serviette, trying to wipe away the worst of it. The postman was as much a sucker as he was – too anxious to be a cheat, too nervy and altogether too miserable, because no one was that good an .

But how had the others rigged the game? He’d noticed nothing untoward earlier, though the whisky and half a Quaalude he’d taken an hour ago wouldn’t put a razor finish on his observational powers.

For your chance to be entered in to a draw to win a brand-new Kindle Fire, simply review either the eBook or the hardback of Curse The Day by Judith O’Reilly. Send your proof of review to competitions@headofzeus.com.

(Please note this competition is run by Head of Zeus. I have no involvement in the drawing of the competition, the rules or the prize).

At a global tech gala hosted at the British Museum, scientist Tobias Hawke is due to unveil an astonishing breakthrough. His AI system appears to have reached consciousness, making Hawke the leading light in his field.

But when terrorists storm the building, they don’t just leave chaos in their wake. They seize Hawke’s masterwork, sparking a chain reaction of explosive events which could end the world as we know it.

Michael North, ex-assassin and spy-for-hire, must find the killers and recover the AI. But he can’t do it alone. Hawke’s wife, Esme, and teenage hacker, Fangfang, have their own reasons to help complete North’s mission – and together they unravel a dark and deadly conspiracy which stretches right to the top of the British elite.

Can North survive long enough to uncover the whole truth? Or is it already too late for humanity? 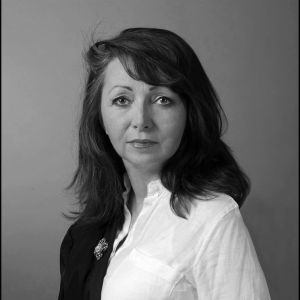 Judith O’Reilly is the author of Wife in the North, a top-three Sunday Times bestseller and BBC Radio 4 Book of the Week, and The Year of Doing Good. Judith is a former senior journalist with The Sunday Times and a former political producer with BBC 2’s Newsnight and ITN’s Channel 4 News. Her first Michael North thriller, Killing State was set in Westminster and was praised by thriller writers around the globe.