Catherine Isaac is the author of You, Me, Everything and the author of nine novels under the pseudonym Jane Costello.  Her latest novel, Messy, Wonderful Us is published in paperback original on 5th March 2020 by Simon & Schuster.

Today I have an extract from the book to share.

‘You have some connection with the charity?’ he continues. ‘They funded a research project of mine a couple of years ago – my primary interest is in the pathophysiology of the airway associated with cystic fibrosis. Also, it was me who persuaded Ed to get involved. He ran the London Marathon for charity a couple of years ago, so I thought I’d twist his arm into devoting his energies to this instead. Keeps me in honest work.’ His eyes narrow momentarily. ‘You know, you don’t look like a scientist.’ ‘Really? Well, between you and me, they let scientists wear lipstick these days. At least on our days off.’ He guffaws with laughter.

Truth is, I’m wearing more lipstick than I ordinarily would tonight. A small gap in my teeth earned me some character building nicknames at school so it’s still rare that I draw attention to my mouth, but this felt like a suitably grand occasion on which to change that policy. And somehow it compliments my dark hair and the emerald green dress that pulls in my wobbly bits and made my heart soar a little the second I saw it. ‘Ladies and gentlemen, may I have your attention please.’ The marketing director of the charity is at the lectern. He has a slight face, with thinning ginger hair and a surprisingly basso profundo voice.

‘The man I am about to introduce is someone many of you know professionally and some of you know personally. His company, Spark, was a success story of the dot.com boom and became one of the UK’s fastest- growing business- to- business retailers. We were delighted to announce earlier in the year that he and his wife Julia are now official ambassadors for our charity and have since worked tirelessly to raise both funds and awareness for cystic fibrosis. Without further ado, please put your hands together for Mr Edward Holt.’

Applause cracks through the room, as I spot Julia at the top table, not far from where I’m sitting. Her cool beauty is un-equalled tonight. She is a goddess in Valentino, the pale blue fabric of her dress cinched at her slim waist. Her blonde hair is swept into a soft chignon, drawing all the attention to her face, with its slender nose, faintly dredged with freckles and wide, ingénue eyes. She glances up and we exchange a friendly smile as a hush descends on the room. Ed steps up to the lectern. Despite being a child with plug ears, permanently bloody knees and filth that clung to him like treacle, he grew into a striking adult.

He has strong cheekbones, but there’s a softness to his mouth. He keeps his light brown hair closely cut and his skin retains the ghost of last summer’s tan. But it’s his eyes that are the most arresting: ocean blue and framed with black lashes, with straight brows that make him appear more intense than he is.

‘If I’d known I’d get a reception like that I’d have spent longer on my speech,’ he says. Then he smiles that smile, the one caught somewhere between charisma and self-deprecation, and that’s all it takes. He already has the audience in the palm of his hand.

In late 1983, a letter arrives, containing secrets so unthinkable that it is hidden away, apparently forever.

More than three decades later, it is found . . . by the last person who was ever supposed to see it.

When Allie opens an envelope in her grandmother’s house, it changes everything she knows about her family – and herself.

With the truth liable to hurt those she loves most, she hires a private detective to find out what happened to her late mother in the summer before Allie was born. Taking leave from her job as a research scientist, she is led far from home, accompanied by her best friend Ed.

But the secrets that emerge go far beyond anything they were expecting. Now, Allie must find the courage to confront her family’s tangled past and reshape her own future. 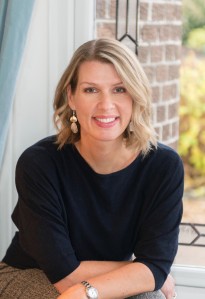 Catherine Isaac was born in 1974 in Liverpool, England. She studied History at the University of Liverpool, before completing a postgraduate diploma in Journalism at Glasgow Caledonian University. She began her career as graduate trainee at the Liverpool Echo. At 27, she was appointed Editor of the Liverpool Daily Post and held the position for five years. She wrote her first book, Bridesmaids, while on maternity leave and under the pseudonym Jane Costello. She has since written nine books, all Sunday Times bestsellers in the UK. You, Me, Everything is her first novel writing as Catherine Isaac. She lives in Liverpool with her husband Mark and three sons. In her spare time she likes to run, walk up mountains in the Lake District and win at pub quizzes, though the latter rarely happens. Film rights to this novel have been optioned by Lionsgate, and foreign rights have sold around the world.