Pushkin Press was founded in 1997. They publish novels, essays, memoirs, children’s books—everything from timeless classics to the urgent and contemporary. This month sees the reissuing of The Listening Walls, the third forgotton crime classic from Margaret Millar, following on from the publication of Vanish in an  Instant and A Stranger in my Grave.

So far we’ve published Vanish in an Instant, A Stranger in My Grave and The Listening Walls, and we’re hoping there will be more to come. The three books we’ve chosen so far are all quite different: there’s a noirish smalltown whodunit, a head-spinning psychological thriller and a twisty mystery, but all show Millar at the top of her game.

2. There are lots of authors who are perhaps sadly forgotten. Why do you think it is important to introduce them to a newer audience?

Authors can disappear from bookshelves for many reasons that have nothing whatsoever to do with the quality or relevance of their books. Millar’s thrillers are written and plotted so well that they will never grow old, and their themes, of feminism, race and identity, haven’t dated either. I think it’s important that people have the chance to read books as good as these.

3. How would you describe Margaret Millar’s work to someone unfamiliar with her writing?

A cast of living, breathing believable characters that you can’t help but care about, trapped in a killer plot, whose multiple parts click into place with perfect timing to keep you guessing till the very end. All written with an effortless style, peppered with unforgettable wisecracks and turns of phrase.

4. Which of the novels would you recommend starting with or is there a treat in store no matter which is picked up first?

Honestly, I think they’re all great, but my favourite of the three we’ve published so far is A Stranger in My Grave. It’s the perfect psychological thriller – every bit as addictive as modern examples like Gone Girl or The Girl on the Train, where the reader is kept constantly guessing as to the protagonist’s sanity and reliability.

5. What can we expect next from Pushkin Press?

We’re hoping to have more Margaret Millar titles to rave about soon, but this December you can look forward to meeting Japan’s most famous detective in The Honjin Murders by Seishi Yokomizo, a fiendish locked room mystery that has never published in English before. Then, early next year we have the third book in the multi-prizewinning Emma Viskic’s gritty Caleb Zelic series, Darkness for Light. Looking even further ahead, in early 2021 we have psychological thriller The Others by Sarah Blau, a bestseller in Hebrew and a compulsive and frightening take on motherhood. 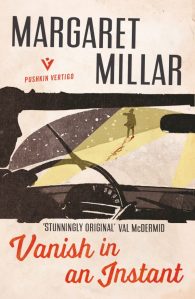 Virginia Barkeley is a nice, well brought-up girl. So what is she doing wandering through a snow storm in the middle of the night, blind drunk and covered in someone else’s blood?

When Claude Margolis’ body is found a quarter of a mile away with half-a-dozen stab wounds to the neck, suddenly Virginia doesn’t seem such a nice girl after all. Her only hope is Meecham, the cynical small-town lawyer hired as her defence. But how can he believe in Virginia’s innocence when even she can’t be sure what happened that night? And when the answer seems to fall into his lap, why won’t he just walk away? 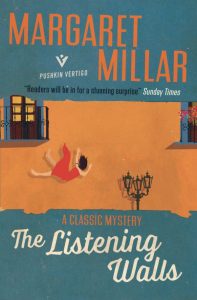 Amy Kellogg is not having a pleasant vacation in Mexico. She’s been arguing nonstop with her friend and traveling companion, Wilma, and she wants nothing more than to go home to California. But their holiday takes a nightmarish turn when Wilma is found dead on the street below their room-an apparent suicide.

Rupert Kellogg has just returned from seeing his wife Amy through the difficulties surrounding the apparent suicide of her friend in Mexico. But Rupert is returning alone-which worries Amy’s brother. Amy was traumatized by the suicide, Rupert explains, and has taken a holiday in New York City to settle her nerves. But as gone girl Amy’s absence drags on for weeks and then months, the sense of unease among her family changes to suspicion and eventual allegations.

A nightmare is haunting Daisy Harker. Night after night she walks a strange cemetery in her dreams, until she comes to a grave that stops her in her tracks. It’s Daisy’s own, and according to the dates on the gravestone she’s been dead for four years.

What can this nightmare mean, and why is Daisy’s husband so insistent that she forget it? Driven to desperation, she hires a private investigator to reconstruct the day of her dream death. But as she pieces her past together, her present begins to fall apart… 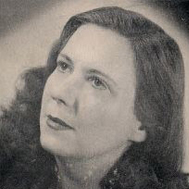 Margaret Millar (1915-1994) was the author of 27 books and a masterful pioneer of psychological mysteries and thrillers. Born in Kitchener, Ontario, she spent most of her life in Santa Barbara, California, with her husband Ken Millar, who is better known by his nom de plume of Ross Macdonald. Her 1956 novel Beast in View won the Edgar Allan Poe Award for Best Novel. In 1965 Millar was the recipient of the Los Angeles Times Woman of the Year Award and in 1983 the Mystery Writers of America awarded her the Grand Master Award for Lifetime Achievement. Millar’s cutting wit and superb plotting have left her an enduring legacy as one of the most important crime writers of both her own and subsequent generations.