The starter book for October is Three Women by Lisa Taddeo. In it, the lives and loves of three women are depicted, their common link, desire.

Adele by Leila Slimani deals with sexual desire of one woman, the Adele of the title. Driven by a compulsion to sleep with other men, Adele is soon drawn into a way of life that could destroy her family. 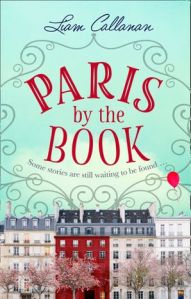 Also set in Paris, unsurprisingly is Paris by the Book by Liam Callanan. Leah’s husband left her twelve weeks ago, leaving a note that has led her and their children to Paris. Discovering an unfinished manuscript by her husband she finds herself running an old bookshop.

Things take a darker turn at a book shop in Midnight at the Bright Ideas Bookstore by Matthew Sullivan. Lydia has a quiet life, working at the bookstore. Then one of the regulars, Joey, hangs himself and Lydia begins to find notes he has written to her hidden in the books.

In Midnight in the Garden of Good and Evil by John Berendt, the reader meets some of the eclectic and eccentric residents of Savannah, Georgia, from women comparing notes on their husbands sucides to poison owning inventors.

In The Good Guy by Susan Beale, good guy Ted becomes unravelled. Married to Abigail, following convention, he meets Penny. From one little lie a double life emerges and Ted now has to make sure those two worlds don’t collide. 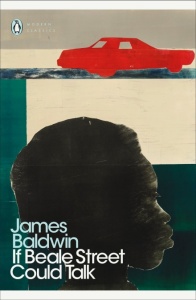 If Beale Street Could Talk by James Baldwin tells the a different tale of love. Tish is pregnant, her lover, Fonny, in prison accused of rape. The story unfolds telling their love story together with that of two families trying to win justice for Fonny.

So there we have it, from in six smooth(ish) moves. Have you read any of these? Where would your six degrees take you?