In what’s becoming a habit, I am late again this month. But as they say, better late than never.

The starter book this month is Ali Smith’s How to Be Both. Described on that website named after a river as a ‘genre-bending conversation between forms, times, truth and fiction’. It follows an artist in the 1460s and a the child of a child of the 1960s.  It won the Bailey’s Prize in 2015, the Goldsmiths Prize 2014, the Costa Novel Award 2014 and the Soltaire Society Literary Book of the Year 2014. It was also shortlisted for the Man Booker Prize and the Folio Prize.

Nominated for the 2019 Women’s Prize for Fiction (previously known as the Bailey’s Prize) is Circe by Madeline Miller. Circe is the daughter of Helios, god of the sun. Rejected by her kin she turns to mortals for company and discovers witchcraft. Banished by Zeus, Circe soon has to decide if she belongs with the gods or the mortals she has grown to love.

In Gods Behaving Badly by Marie Philips, the greek gods are house sharing in a dilapidated hotel in London. They are seemingly trapped, until a cleaner and her would-be boyfriend enter their lives. 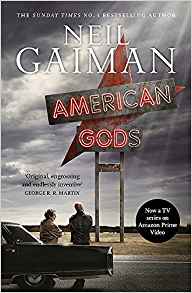 American Gods by Neil Gaiman, sees Shadow Moon released from jail just after his wife is killed in an accident. He meets Mr Wednesday and the two undertake a bizarre road trip across the USA. 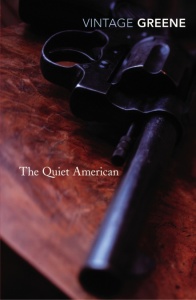 In The Quiet American, CIA agent Alden Pyle is sent to Indo-China to promote democracy. His actions begin to cause bloodshed and his friend, correspondent Fowler, can no longer stand by, though he begins to question his reasons for intervening. Greene was prolific and amongst his titles was Our Man in Havana.

Another man who was undoubtedly in Havana was Ernesto ‘Che’ Guevara. The Motorcycle Diaries covers Guevara’s travels through Argentina, Chile, Peru and Venezuela in 1952. 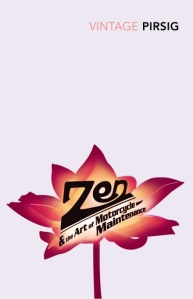 Which leads us to our final book and another motorbike journey. Zen and the Art of Motorcycle Maintenance by Robert Pirsig follows a father and son as they make a road trip across the US Northwest.

So there we have it, from the swinging 60s to 1970s US, via ancient Greece and early 20th Century South America. Have you read any of these novels. Where would your six degrees take you?