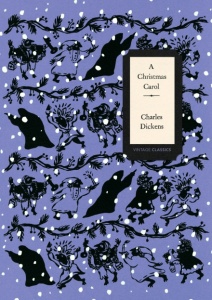 Fittingly, the starter book this month is A Christmas Carol by Charles Dickens. The story of Ebeneezer Scrooge’s transformation from cruel skinflint to generous benefactor through the visitation of three spectres, there to show the true meaning of Christmas is famous the world over. From character actors to muppets, with a mouse or two in between, this has been immortalised on the silver screen in many guises.

One of the characters who doesn’t get as much attention as he perhaps deserves in A Christmas Carol is Jacob Marley. The late Vanessa Lafaye takes another look at Scrooge’s partner in Miss Marley, the last novella she wrote before she sadly passed away this year. Completed by her friend and fellow author Rebecca Mascull, Miss Marley tells the tale of Jacob Marley and his sister Clara, how Jacob lost his way from the meaning of Christmas and how Clara helps him find his way again. 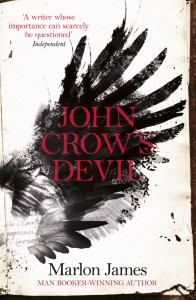 Marlon James’ A Brief History of Seven Killings, looked at robbers who invaded Bob Marley’s home in Jamaica. He also wrote John Crow’s Devil, in which black vultures crash through the windows of a church and a stranger drags the preacher from the pulpit and takes over, promising vengeance and damnation.

In The Devil’s Claw by Lara Dearman, reporter Jenny has moved back home to Guernsey after the death of her father and a traumatic experience in London. Whilst out on assignment comes across the body of a young girl. Her investigation into the girl’s death leads her to links to other deaths over the last 50 years. With DCI Michael Gilbert she discovers that a serial killer may have been hiding in plain sight on the island for over half a century.

When you think of books set in Guernsey one of the first to sprint to mind is The Guernsey Literary and Potato Peel Pie Society by Mary-Ann Shaffer and Annie Barrows. Told purely in letter form, when Juliet Ashton receives a letter from Dawsey Adams on Guernsey she thinks it a friendly and welcome piece of correspondence. She writes back, unaware that doing so will spark an idea to circumvent her writer’s block, set up many new correspondences, introduce her to The Guernsey Literary and Potato Peel Pie Society (and discover the reason for its name), lead her to new friends and to discover what life was like under German occupation. When she visits the island little does she realise that her life will never be the same again. 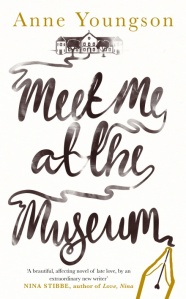 Another epistolary tale is Meet Me at the Museum by Anne Youngson. Tina writes a letter of regret to a man she’s never met, not expecting a reply. Anders answers it, also not expecting a response. And so begins a correspondence. But when Tina’s letters stop, Anders is thrown into despair. 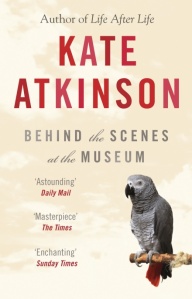 Behind the Scenes at the Museum, Kate Atkinson’s debut novel, won her the Whitbread (now Costa) Book of the Year award. Ruby tells the tale of her family, from the end of the 19th Century when a travelling French photographer catches Alice and her children, to Ruby’s own life.

So there we have it from Dickensian London to 20th Century York it six easy! steps. Have you read any of these?  Where would your links take you?