The starter book this month is Vanity Fair by William Makepeace Thackeray. The eponymous Becky Sharp who ruthlessly works her way up the social ladder, regardless of who she hurts on the way.

A reimagining of Vanity Fair is The Rise and Fall of Becky Sharp by Sarra Manning in which Becky Sharp works her way through life seducing eligible bachelors and befriending rich old ladies, and she won’t let anyone get in her way. (And yes I know I could have skipped this book and gone straight to the next one but I would have had to think of another book).

In Sharp Objects by Gillian Flynn, Camille Preaker goes back to her home town to report on the murders of two girls. It soon becomes apparent her own past is linked to the events in the present. 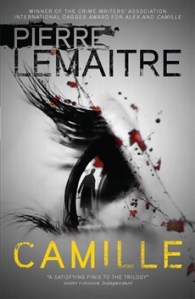 A different Camille and a different investigation but still with murder at its heart is Camille by Pierre LeMaitre. The final part of The Paris Crime Files sees Camille Verhoeven searching for an attacker who has a left a woman for dead under similar circumstances to those that caused the death of Camille’s wife. The other books in the trilogy are Alex and Irene.

Suite Francaise by Irene Nemirovsky. Set in occupied France, the story is told in two parts, the first seeing a group of Parisians fleeing as Nazis invade the city and the second focussed on a small rural community under occupation. Sadly murdered at Auschwitz her other novels included The Fires of Autumn and David Golder. 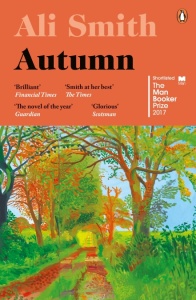 Which leads me to Autumn by Ali Smith. Part of a quartet, it is the story of Daniel and Elisabeth, separate by over half a century in age as the country is divided by a once in a generation summer.

So, there we have it, from Thackeray to Smith in six not so smooth steps. Where would your six degrees take you?