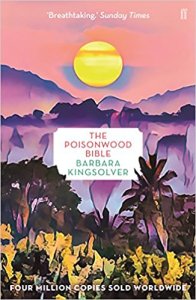 The starter this month is The Poisonwood Bible by Barbara Kingsolver. Set in the Belgian Congo, evangelist Nathan Price takes his wife and daughters to convert the local people. They sound find out just how unprepared they are.

Also featuring a girl taken to live in another country by her missionary parents is In a Land of Paper Gods by Rebecca Mackenzie. Henrietta S. Robertson soon finds that she has a mission of her own. With her school friends Etta sets out on her quest, unaware that the encroaching war will have unforseen effects.

Another Etta, on a different quest of her own, features in Etta and Otto and Russell and James by Emma Hooper. Etta has never seen the ocean. So she leaves behind her husband Otto and sets off in search of the sea. Otto is left with his memories of Etta unaware that she is also leaving behind James, who has his own secret feelings about Etta. 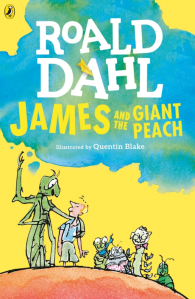 Another James and a completely different story in James and the Giant Peach by Roald Dahl. The story of a lonely boy who has magical adventures with seven creatures living in a giant peach at the end of his garden is just one of the classic stories from the wonderful and eclectic mind of Roald Dahl, who turned his pen to a variety of works from children’s tales to darker stories such as those that were then featured in Tales of the Unexpected. 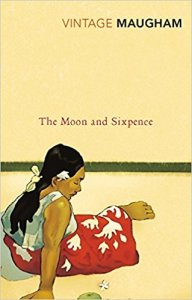 Another writer whose short stories were featured in Tales of the Unexpected was W. Somerset Maugham. Inspired by the life of Paul Gauguin, The Moon and Sixpence is set in Paris and Tahiti sees stockbroker Charles Strickland abandon his family and seek his living as a painter.

Whilst Tahiti isn’t a desert island, it is located near some uninhabited islands and it wouldn’t be a bad place to be shipwrecked and may have been near the place Miss Ranskill finds herself washed up on in Miss Ranskill Comes Home by Barbara Euphan Todd, who is perhaps more famous as the creator of Wuzel Gummidge. After falling overboard whilst on a cruise, Miss Ranskill lives on a desert island before being rescued and returned to wartime London. There she is confounded by coupons and baffled by the restriction placed on society by the war.

Another book to be set in wartime London but looking at it from the viewpoint of the women left behind is Dear Mrs Bird by A J Pearce. Emmy Lake, through an unfortunate misunderstanding, finds herself typing letters for formidable agony aunt Mrs Bird. However she soon finds out Mrs Bird refuses to answer letters that deal with unpleasantness. Emmy, moved by the number of women who need real help, takes to secretly answering letters that don’t pass Mrs Bird’s strict requirements.

So there we have it, from the Belgian Congo to 1940’s London in six intrepid steps. Where would your six degrees take you?