Published by Allison and Busby 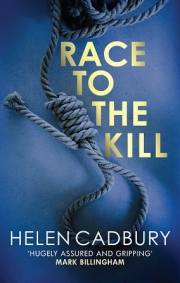 It is the middle of a long night shift for PC Sean Denton and his partner PC Gavin Wentworth when they are approached by a dishevelled-looking woman desperate that they follow her. She leads them to the old Chasebridge High School where they find the dead body of a Syrian refugee. The investigation which points to the neighbouring greyhound stadium finds Denton caught up in a world of immigration, drugs and sexual abuse, and one in which his private life becomes increasingly entwined.

PC Sean Denton and his partner are on the last stretch of the night shift when they are called to an abandoned school on the Chasebridge estate. There they find the brutally battered body of a Syrian refugee. Are there links events at the local dog racing track? Denton and his new colleagues are on a race to find a killer.

This is the first of the Sean Denton trilogy I have read. It can easily be read as a standalone, especially as new characters appear in this novel.

I liked Sean. He seemed down to earth, both eager to do the job he clearly loves, but aware of his own limitations. It was interesting to read about his background, his family life and personal struggles. It was also pleasant to read a novel where the main character isn’t an established detective. Here Sean starts out as  PC, whose involvement usually end after the initial crime scene. The series starts with Sean in his role as PSCO, an even more unusual career for a lead character in a crime novel. The other characters are a mix of those to like and those who are less easy to get on with. I liked Chloe, Sean’s sister, and the relationship between Sean and Gav, his partner. I didn’t really warm to Lizzie, Sean’s girlfriend and crime scene manager. Their relationship didn’t seem a particularly close one and appeared more one-sided than would be expected after a short time. I would have liked to have read more about the characters as I felt I didn’t get an as in depth picture of them as I would have liked.

I liked the setting of the novel, both the geographical location of Doncaster and the location of the characters and crime scene and felt it worked well. It gave the story an unusual but welcome mix of gritty and something akin to friendly.

I had guessed the culprit’s identity and how the story would play out some time before the reveal but I still enjoyed the journey on the road to discovering who did it.

I hope to read the first two Sean Denton novels as I’m interested to see Sean’s progression from PCSO. 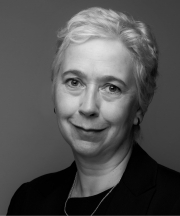 Helen Cadbury was a York based writer whose debut novel, To Catch a Rabbit, was joint winner of the Northern Crime Award. Helen was born in the Midlands and brought up in Birmingham and Oldham, Lancashire. Helen died in June 2017.