Today I’m pleased to welcome Sophie Jonas-Hill to the blog. Sophie’s novel, Nemesister, was published by Urbane Publications on 6 July 2017.

A meditation on King Charlemagne, during which I realise something for the first time.

I like a good story, and I’ve always had a soft spot for King Charlemagne. Charlemagne, Charles the great, born in 742 and never one to under sell himself, was a patron of both the arts and sciences. As this was at a time when the date didn’t even have a four digits, the boundaries between Art, Sciences and indeed magic were delightfully porous, and the ethical ones around experimentation worryingly more so, which allowed him to do some crazy stuff in the name of learning. One of his less toe-curling experiments took place when a Persian mathematician undertook the task of divining the distance from the floor of the tallest tower in Charlemagne’s palace, to the sky.

Of course, there isn’t such a thing as the sky which starts at some point above us, like a glass dome over a cheese dish. If you think about it, the sky starts where the ground stops and stops where space starts, but in the early medieval world cheese dish is how they saw things; it was true, because every body said it was.

When the mathematician made his calculations, he came back with an exact measurement between the floor of the tower room to the start of the sky, which he proudly presented to his King. Wanting to check that he was right, Charlemagne sent him away and had his staff carefully raise the height of the floorboards in the room by one inch, covering their tracks so that the change wasn’t discernible to the observer. He then asked for the mathematician to come back and confirm his sums, and the poor man locked himself away in the tower for days, refusing food or drink, until he finally emerged defeated and threw himself on the kings’ mercy, unable to explain why his measurement was now one inch different.

So what do we make of this? Whatever reference point he was using, his maths were accurate enough that he could detect the difference in the floor height even if his eye couldn’t explain it. But his reference point was invalid, as we know there isn’t a point where the sky starts, the tower was swimming in it much as a coral reef swims in the sea, so how could he have detected the inch change in the floor?

Is it possible that in a world where everyone believed the sky to start at a set distance above their head, is that what actually how things were? And even if that weren’t, if enough people really, really believe and act as if that is the case, what’s the difference?

Or this was how I was going to use the story, as a meditation on the power of belief in the wider sense and of how much I like to write about it, until of course another thought occurred to me.

What if the mathematician knew all along that the sky wasn’t a lid over the world, but pretended he did? Maybe he even was really good at equations, and made enough noise about it until Charlemagne heard about him and asked him to come and prove it, which was just what the mathematician had wanted him to do. After all, Charlemagne liked to gather all the great minds of his kingdom to him, to prove just how great and clever he was. And, what if the Mathematician knew all along that the King would test his claim about the height of the sky, and that logically the simplest way of doing so would be to raise the floor one inch? Maybe he spent his first day in the room measuring the height of the floor, so that when he was put back in, he knew at once what had been done, no matter how tidy everything was? Of course, he had to play the part, emerge tattered and dehydrated to throw himself on the King’s mercy just like an innocent man would, so the King would reward him by confirming he was right, his maths had indeed correctly predicted the height of the sky, and then of course hopefully reward him with a substantial pension and a maiden or two for good measure.

One of the characters in my book observes that ‘you can’t fool anyone who doesn’t want to be fooled,’ and maybe this is the point of the story – the King wanted to believe that he had a mathematician on staff who could workout the height of the sky, so he found himself one happy to oblige. This is the root of all great cons and acts of self delusion – we need answers, and when one isn’t forth coming, we make one to suit, until it almost becomes the truth. And if someone else is in charge of that truth, well, that’s what grifting is all about.

If you like a con or two, and a twisty tale, read my book and see if you agree that you can only fool someone who wants to be fooled, even when that someone is closer than you might like to think. 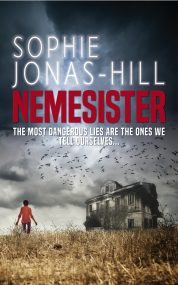 An American Gothic thriller of deception and obsession, slicked in sweat and set in the swamps of Louisiana. It’s a psychological mystery where the female protagonist stumbles into a deserted shack with no memory but a gun in her hand. There she meets an apparent stranger, Red, and the two find themselves isolated and under attack from unseen assailants.

Barricaded inside for a sweltering night, cabin fever sets in and brings her flashes of insight which might be memory or vision as the swamp sighs and moans around her.

Exploring in the dark she finds hidden keys that seem to reveal her identity and that of her mysterious host, but which are the more dangerous – the lies he’s told her, or the ones she’s told herself? 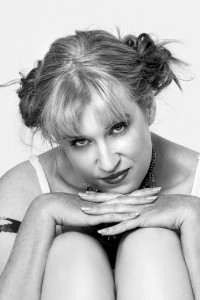 Sophie Jonas Hill lives next to the sea in Herne Bay, Kent with her husband and baby son. An antenatal teacher, Sophie is just completing Broken Ponies, the sequel to Nemesister