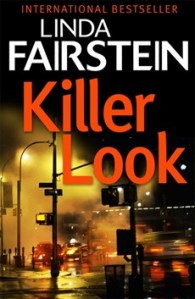 “New York City is one of the fashion capitals of the world, well-known for its glamour and style. Yet high fashion means high stakes, as Alex Cooper quickly discovers when businessman and designer Wolf Savage is found dead in an apparent suicide, days before the biggest show of his career. When Savage’s daughter insists his death was murder, the case becomes more than a media sensation.

With her own job at the DA’s Office in jeopardy, and spiralling into a reliance on alcohol, Alex is not anyone’s first choice for help. But she is determined to uncover the grime – and the possible homicide – beneath the glitz. Soon she and police detectives Mike Chapman and Mercer Wallace are investigating the family secrets Savage kept so well hidden, even from those closest to him – just as things are about to get deadly on the catwalk.”

Still recovering from her kidnapping Alex Cooper is struggling to retain control of her life. Fearful at every turn, on leave from the job she loves and using alcohol as a crutch. When an old school friend insists that the apparent suicide of her fashion designer father was murder, Alex is drawn into a high stakes murder investigation.

Alex Cooper can often be an acerbic character, often kind. In this novel she seemed almost unnecessarily vulnerable. I say this in that she has often time come into contact with danger in many of her escapades with Chapman and Wallace and has never before been as affected. It seemed a little strange at times that the kidnapping could have affected her so much, and so seemed a little out of character. There seemed to be too much mention of all the alcohol Alex was drinking, as if to convince the reader that she had a reliance on drink, rather than an actual problem. The arguments between Alex and Mike seemed contrived too, less concern than anger on his part and she more accepting than her usual character would belie. Also there seemed to be an issue with her helping on this case, and not just because she was on leave. It was implied that because she wasn’t a police officer she shouldn’t be investigating but that didn’t ring true as it hadn’t stopped her in the previous seventeen novels.

This may sound like I didn’t enjoy the novel but I did. I was soon caught up in the book and found myself flying through the pages. The storyline involving the murder was entertaining. Celebrated designer Wolf Savage is found dead in his hotel suite. It soon becomes clear that his apparent suicide was in fact murder and the reader gets caught up with Alex’s investigation.

It was great to be reunited with Alex, Mike and Mercer, to be swept into their manic New York life. There is a level of enjoyment found in books that form a series, that lend themselves to a comfort read. This is such a read and I’m looking forward to more from this series in the future. It’s an entertaining book, one that you can just sit back and enjoy for a few hours. And sometimes that’s what you need in a book.