Today I’m pleased to welcome Kate Frost to the blog. Kate is the author of The Butterfly Storm and Beneath the Apple Blossom which was published on 1 August 2016 by Lemon Tree Press. Her latest novel aimed at children aged 9-12 is Time Shifters: Into the Past which was also published by Lemon Tree Press on 20 October 2016.

Kate kindly answered a few of my questions.

1. Tell us a little about Beneath the Apple Blossom

It’s a story about four women – two longing for a baby and two desperate to not be pregnant. While each of them struggle with what life throws at them, their lives entwine in a way none of them could have predicted through infertility, friendship, infidelity, betrayal and loss.

The four cycles of fertility treatment I went through before being lucky enough to have my son in February 2014 was the direct inspiration for the novel. Infertility and fertility treatment are rife with a range of emotions which are perfect fodder for a novel, as well as being subjects that aren’t openly discussed enough.

I’m a bit of both! I plan a book in as much as I know how it’s going to start, who the main characters are and what the major themes will be. Beyond that I’ll have a rough idea of certain scenes and sometimes I’ll know the ending, but often I don’t. It’s exciting to see where characters will take the story.

As for how long the process takes, it has varied wildly with my first three books. I wrote the first line of my debut novel, The Butterfly Storm, in 2004 while doing my MA in Creative Writing at Bath Spa University, but I didn’t finish the final draft until late 2012 before finally publishing it in the summer of 2013. With Beneath the Apple Blossom I started writing it in February 2015 and finished the first draft in November of that year. The edited and completed novel was ready by May 2016 and published three months later, so I’m getting a lot quicker!

4. What did you discover about the process of creating a novel that surprised you?

How emotional it can be. Really that shouldn’t come as a surprise, but it’s the mix of so many emotions that has surprised me. As a writer you invest so much time with the characters you create, it’s perfectly reasonable to suffer with them and feel joy when they do. There’s also the doubt that creeps in along the way, of the novel not being good enough. Then once published there’s the emotional rollercoaster of finding out what readers actually think – sheer joy when someone loves what you’ve written and the inevitable despair after receiving a bad review. Creating a novel and putting it out there for the world to see is not for the faint-hearted.

When I’m not writing I’m looking after my two and a half year-old son, which is equally wonderful and exhausting at the same time. At the moment a bit of me time is rare and even reading is a luxury as I’m usually too tired by bedtime to read more than a couple of paragraphs before nodding off. We have a dog, a gorgeously cute and friendly Cavalier King Charles Spaniel, so a walk through woods (particularly at this time of year with crunchy leaves carpeting the ground) is a wonderful way to forget about everything, even with a noisy toddler in tow. Cooking a tasty meal and watching a good film with a glass of wine is a pretty perfect and relaxing evening in for me these days.

One of my favourite books is The Year of Wonders by Geraldine Brooks – it would be a shame to only be able to read one book for the rest of my life but if that was the case I think I’d pick this one. I’m fascinated by the Restoration period and being set in 1665-66 this novel is perfect and also hauntingly beautiful despite being about the plague.

Which published book do you wish you’d written?

The Hunger Games, not just because it’s been such a success, but because it’s a page turner, it has a fabulously strong female character in Katniss Everdeen, there’s action, adventure, it’s original and the story and characters stayed with me long after I finished reading the last page. I often feel like I’ve fallen into writing women’s fiction by mistake because deep down I would love to write a dystopian novel filled with drama, risk and adventure. 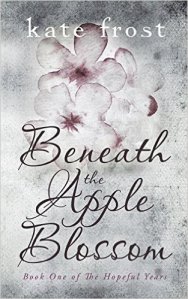 “Four women, linked by blood ties, friendship, betrayal, loss and hope, struggle with the choices they’ve made and the hand that life’s dealt them.

All Pippa’s ever wanted is marriage and kids, but at thirty-four and about to embark on IVF, her dream of having a family is far from certain. Her younger sister Georgie has the opposite problem, juggling her career, her lover, a young daughter and a husband who wants baby number two.

Pippa’s best friend Sienna has a successful career in the film world, and despite her boyfriend pressurising her to settle down, a baby is the last thing she wants. Happily married Connie shares the trauma of fertility treatment with Pippa, but underestimates the impact being unable to conceive will have on her and her marriage.

As their lives collide in a way they could never have predicted, will any of them get to see their hopes realised?” 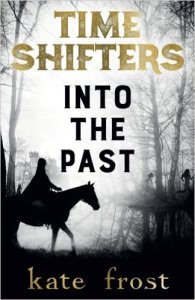 “Time-shifted to the past, three twenty-first century children fight to survive or risk being lost in time forever. When Maisie Brown is time-shifted to 1471 during a school trip to Warwick Castle, it’s the beginning of an adventure bigger than she could ever have dreamed of. The only problem is she has to share it with Lizzie Andrews, the class bully, instead of her best friend Danny Romano, who has managed to get caught up amongst the Earl of Warwick’s army marching towards the Battle of Barnet. Determined to save Danny, Maisie and Lizzie leave the safety of the castle and follow after the army. Battling against everything that Medieval England throws at them, the girls find unexpected help from a Lord with a surprising secret, and discover that two mysterious hooded riders are trying to hunt them down. With time fast running out to find Danny they begin to realise that they have the unlikeliest of allies looking out for them. The chase is on to find a way home before being time-shifted again.”

(images and synopsis from Amazon)