The first suggestion this week comes from blogger Christina Philippou. Christina has picked Girl in the Dark by Anna Lyndsey, published by Bloomsbury. 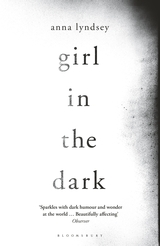 “‘An astonishing memoir’ Sonali Deraniyagala, author of Wave’Oh, what can I not do, in my dreams. In my dreams I travel on trains and climb mountains, I play concerts and swim rivers, I carry important documents on vital missions, I attend meetings which become song-and-dance routines. My body lies boxed in darkness, but beneath my closed eyelids there is colour, sound and movement, in glorious contrast to the day; mad movies projected nightly in the private theatre of my skull.’ Anna Lyndsey was living a normal life. She enjoyed her job; she was ambitious; she was falling in love. Then the unthinkable happened.It began with a burning sensation on her face when she was exposed to computer screens and fluorescent lighting. Then the burning spread and the problematic light sources proliferated. Now her extreme sensitivity to light in all forms means she must spend much of her life in total darkness. During the best times, she can venture cautiously outside at dusk and dawn, avoiding high-strength streetlamps. During the worst, she must spend months in a darkened room, listening to audiobooks, inventing word-games and fighting to keep despair at bay. Told with great beauty, humour and honesty, Girl in the Dark is the astonishing and uplifting account of Anna’s descent into the depths of her extraordinary illness. It is the story of how, through her determination to make her impossible life possible and with the love of those around her, she has managed to find light in even the darkest of places.”

This is what Christina had to say:

“I’m not normally one for memoirs, but this book is an exquisitely written, beautifully structured, heart-wrenching-yet-hopeful masterpiece…..I got lost in the prose, in the way one does with good thrillers, and often found myself blinking up at the light, having been transported into a darkened hell….”

Girl in the Dark has over 30 five star reviews on Amazon.

The second choice today comes from Eve Seymour, author of Beautiful Losers. Eve’s suggestion for a novel not to be missed is Snow Falling on Cedars by David Guterson, published by Bloomsbury. 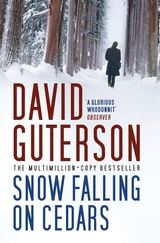 “In 1954 a fisherman is found dead in the nets of his boat, and a local Japanese-American man is charged with his murder. In the course of his trial, it becomes clear that what is at stake is more than one man’s guilt. For on San Piedro, memories grow as thickly as cedar trees and the fields of ripe strawberries – memories of a charmed love affair between a white boy and a Japanese girl; memories of land desired, paid for, and lost. Above all, San Piedro is haunted by the memory of what happened to its Japanese residents during World War II, when an entire community was sent into exile while its neighbours watched.”

Here’s what Eve had to say about it:

“It’s one of those classic stories within a story.  There are big themes of love and death and racism.  With a slow burn narrative, it made quite an impression on me at the time.  I thought it beautifully crafted and it certainly inspired me to want to write.”

Snow Falling on Cedars won the PEN/Faulkner award and has over 50 five star reviews on Amazon.

So there we have it, two more books that I’ll admit had passed me by. Have you read either of them? Do let me know if you have a book you think should make it onto readers radars.