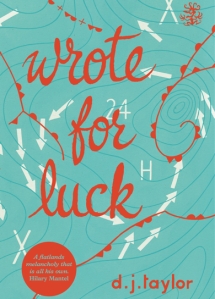 “Wrote For Luck ranges from North Norfolk to Chicago, from sordid old antique dealers to glamorous young writers, from glorious local gossips to frustrated academics.These stories abound with gleeful absurdity, waspish humour, and awkward, exquisitely English conversations. But they are also rich in melancholy and the heady sadness of people struggling to find a place in the world. Some are fascinatingly strange; others are uncomfortably familiar. Some are simply hilarious – and all are touchingly human.”

My thanks to Galley Beggar Press for my copy of this short story collection.

This collection of fifteen short stories from novelist and essayist D J Taylor written over a number of years. Indeed the year when the story was written is given in the book. The stories cover a number of different scenarios but the theme that runs throughout is how the protagonists arrived at the point in their live the story reflects. In some it causes them to look back, in others, how to move forward.

As with most short story collections there were some stories that stood out amongst the rest. Rather timely though written years ago, The Disappointed is set during the 1996 world cup. Whilst the male protagonist is effervescent with his enthusiasm for the England and Germany game his partner is not as interested. The setting allows her to reassess her relationship, her understanding of herself and her partner. By the end of the evening she is mirroring her partner’s disappointment though for completely different reasons.

Other stories deal with the unexpected struggles of being the partner of a younger woman, finding yourself having to fit into a crowd you thought you had left behind, coming to terms with where you are now at in life. In Wonderland we find the story of Amy whose identity and live is partly changed when circumstances alter her husband’s career and her son grows up to behave differently than expected. In another Lucy returns to her old University town to give a talk on her new novel, causing her to reflect on how she got to be at that point in her life. Another story that stood out for me was To Brooklyn Bridge which sees Ruth about to let go of her old live and enter the world of a female college, in the time when such steps were the exception rather than the norm.

Some of the stories felt almost complete tales. Others appeared to be more of a glimpse into people’s lives, a chapter in the ongoing tale that continues off page.

I find with most short stories that each reader will take something different away from each story. I may miss suitable nuances that others pick up on and which take the tale in a different direction for them. In some of these stories I felt I understood what the author intended to put across. In others it was as if I was almost there but the truth behind the story was just out of my grasp. One thing that did throw me off slightly was the fact that the same character names appeared in a number of stories but the characters weren’t the same people, or at least I assumed they were not.

The great thing about short story collections is that they are easy to dip in and out of. They can fit into lunch breaks or a spare 10 minutes and mean you have a sense of completion when one of the tales has been read, even though more remain to be discovered.

An interesting collection and one I am glad I read. 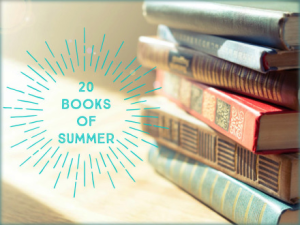