Today Tilly Tennant is stopping by the blog as part of her blog tour.

Tilly Tennant was born in Dorset but now lives in Staffordshire with her slightly nutty family.  Tilly is married to Mr Tennant (not that one, though a girl can dream). She likes nothing better than curling up in a quiet corner with a glass of wine watching the world go by, but can more usually be found taxiing her daughters to parties or taking them on emergency shopping trips. After a huge list of dismal and disastrous jobs over the years, including paper plate stacking, shop girl, newspaper promotions and waitressing, she began working as a temporary secretary in a hospital to boost her income whilst doing a degree in English and creative writing. This job lasted nine years. Not terribly temporary. But it does mean that she knows just what it’s like to make monumental admin cock-ups, spend the month’s wages in the hospital coffee shop and fall in love with all the doctors. As she’s a smug married, however, it’s fortunate that the doctors in question don’t usually feel the same way.

Tilly is represented by the wonderful, gorgeous Peta Nightingale at LAW.

When I was first asked to put together a playlist for Hopelessly Devoted to Holden Finn I must admit I was slightly concerned.  What music had inspired the book?  None, really, or at least, I couldn’t think of anything other than a single One Direction song that had planted the seed. And I certainly didn’t listen to any whilst writing it because, having the attention span of a gnat, I have to write in absolute silence.  But once I started to poke around on YouTube I found that there were actually loads of brilliantly apt songs. The list kept growing and growing and finally I had to stop myself from adding on to it to infinity!

I hope you like the choices. I think that they, in part, reflect Bonnie’s journey through the story, and, in part, they’re just songs I thought suited the mood of the book.  Some of the choices will make you smile (including one or two in-jokes for people who have already read the book) and some will take you down memory lane (for those with extremely long memories!).

The link to take you to the videos is here:

The songs I have chosen:

What Makes You Beautiful – One Direction

Haven’t Met You Yet – Michael Buble

Dance with me Tonight – Olly Murs

Holding out for a Hero – Bonnie Tyler

Walking on Sunshine – Katrina and the Waves

“There’s only one man for Bonnie, and that’s Holden Finn. The problem is that Holden Finn is a twenty-three-year-old pop megastar with his boy band, Every Which Way, who doesn’t even know she exists. Not only that, but half the women of the world want to be Mrs Finn, including Bonnie’s teenage daughter, Paige. But the real men in Bonnie’s life only let her down, and a man that you can never have can never let you down… right?  When Paige wins a radio competition to meet Holden and his band, it seems all that is set to change. Bonnie is about to find out that you should be careful what you wish for, and that happiness can come in the most unexpected shape…”

Hopelessly Devoted to Holden Finn is out now and you can buy it here: 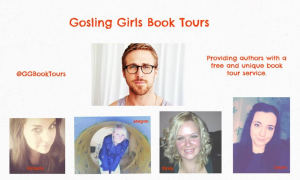